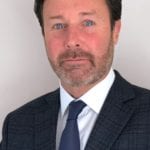 East of England Leadership Board

Chris Meredith is Chief Executive Officer of Greys Matter®, a company seeking to work with socially responsible companies that understand the significance of eradicating ageism in the workplace.

Prior to his current role Chris spent the past 25 years leveraging commercial rights in sports, entertainment and commercial destinations. He has worked with Manchester United, Williams F1 and the England Football Team during his career, and lived in the Middle East, Italy and United States.

Chris has secured commercial partnerships at the highest level and previously founded a company that floated on the AIM market in 2005 in association with Sony.

Chris is a proud member of Business in the Community’s East of England Leadership Board and is passionate about Greys Matter’s mission to support businesses in their journey to become fully inclusive and fair.

Chris is a former chairman of a football club and still coaches his son’s under-18s team. Chris lives in the Essex countryside with his partner, where they enjoy long walks with their dog.