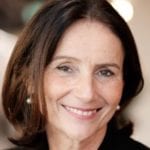 Dame Carolyn Fairbairn has been Director General of the CBI since November 2015.

An economist by training, her career spans business, government and media. She was a partner at McKinsey, and Director of Strategy at the BBC then at ITV. She started out as a journalist at the Economist and was a member of the No 10 policy unit from 1995-7.

Carlolyn has held NED board positions at FTSE firms Lloyds Banking Group, The Vitec Group and Capita plc, and also at the Competition and Markets Authority, the UK Statistics Authority and, from 2008-11, the Financial Services Authority.