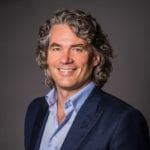 Gavin Patterson has joined Business in the Community (BITC) as Chairman and Trustee.

Gavin was appointed President and Chief Revenue Officer, Salesforce on August 1, 2020. He is responsible for worldwide sales and distribution of Salesforce products and services. He joined Salesforce in August 2019 and served as Chairman of EMEA (Europe, the Middle East and Africa) Advisory Board and President and Chief Executive Officer (CEO) International.

Prior to Salesforce, Patterson served as Chief Executive of BT Group from 2013-19 and a board director from 2008-19. During his tenure at BT, he completed the UK rollout of the superfast fibre and started the deployment ultrafast fibre. He led the £15 billion acquisition of EE, launched BT Sport, expanded BT’s cyber security practice and championed BT’s social purpose agenda. He joined BT in 2004 as MD Consumer and joined the board as CEO BT Retail in 2008. Prior to BT, he spent four years at Virgin Media latterly as MD Consumer and nine years at Procter & Gamble in various brand management and marketing roles.

Patterson is a Non-Executive Director at Elixirr Consulting, the APAX backed AI business Fractal and EQT backed Delta Fiber. He served on many boards including British Airways plc and as a Trustee at The British Museum and acting as an advisor for many tech start-ups. He graduated from Cambridge University with an MEng in Chemical Engineering.