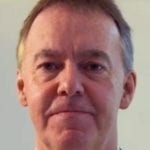 Jeremy Darroch joined Business in the Community as Chairman in January 2018.

Jeremy spent 12 years at Procter & Gamble in a variety of roles in the UK and Europe before moving to DSG International plc as Group Finance Director.

Under Jeremy’s leadership Sky has been transformed from a UK satellite pay TV business into Europe’s leading entertainment company operating in seven different markets. Jeremy’s drive and vision has enabled Sky to become a multi-product consumer business, selling services across a wide variety of devices and networks to 22.7 million customers across Europe.

Over the ten years Jeremy has been CEO, Sky has outperformed the FTSE 100 and its competitor set to create value for shareholders while also contributing significantly to the countries and communities in which Sky operates. Sky is proud to be a major employer and tax payer.

Sky’s contribution to society has been driven by Jeremy’s belief that what Sky does goes beyond the confines of its business and is at the heart of who Sky is and how it operates.

Through Sky Oceans Rescue, Sky has committed to eliminating all single-use plastics from its own operations, products and supply chains by 2020 while also financially supporting and encouraging new innovation to develop solutions that combat the damage caused by single-use plastics in the oceans. Sky is partnering with WWF to adopt Marine Protected Areas around the coastlines of Sky’s major European territories.

Jeremy has also been the driving force behind Sky’s Bigger Picture initiatives including the development of the Team Sky cycling team, which has since won an unprecendeted five Tour de France victories, helped Team GB to achieve its gold medal ambitions at London 2012 and helped to inspire a new generation of cyclists with more than 1.5 million people now cycling regularly in the UK.

Jeremy was appointed Non-Executive Director of Burberry Group PLC in 2014 where he serves as Chairman of the Audit Committee, a member of the Nomination Committee and from 1 July 2017 as Senior Independent Director. He is a Business Member of the National Centre for Universities and Business and was previously a Non-Executive Director and the Chairman of the Audit Committee of Marks and Spencer Group PLC from 2006 to 2013.