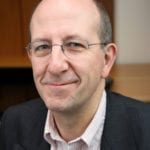 John Williams is a longstanding board member of Business in the Community and has been actively involved in many of its programmes.  He was on the first Rural Action leadership team and helped launch Race for Opportunity.  He has also more recently served on the Wellbeing leadership team.

John’s professional background is in public relations and marketing.  He was a co-founder and former Chairman of the public relations consultancy Fishburn Hedges (now   FleishmanHillard Fishburn), where he developed an interest in corporate responsibility as it became an increasingly central part of business strategy and reputation management. He also built a practice serving the not-for-profit sector.

Since then, John has held a diverse portfolio of non-executive roles with a particular focus on governance and leadership.  Until 2010 he served for five years as a Charity Commissioner; he is a former Vice Chair of ChildLine and a former Chairman of the governance think tank Tomorrow’s Company.  He has also chaired a regional tourist board and a commercial theatre production company.

Today he works as a charity governance consultant and has mentored executives in several charities.

In 2014 John became Vice Chair of the Association of Chairs, set up to support and strengthen the role of charity and other non-profit chairs, and he continues in that role, championing best practice in charity governance.