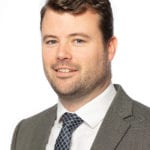 From 2013, Mike worked for ENGIE, a multinational energy and services and regeneration company, in several roles within the public sector division, leading operational service transformation, before being appointed as Partnership Director for ENGIE’s ten-year services, energy and property partnership with Kingston Upon Thames Council in 2014.

At the end of 2016 Mike was appointed Managing Director of Qwest Services, a joint venture organisation between ENGIE UK and Cheshire West and Cheshire Council, delivering a range of services across the borough. Mike remains a company director.

In mid-2019 Mike was appointed to his current position as Managing Director at Storengy UK, part of the ENGIE group. Focused on natural gas storage and green gases to support the UK’s energy transition.

Mike is also: a board member of the Mid-Cheshire Development Board; deputy chair of a local primary school board of governors; an LEP enterprise advisor for a local high school; and a business leader for the 2019 West Cheshire Poverty Truth Commission.

He is passionate about the role that business can play in improving the local area, improving educational links to industry, creating a more inclusive economy and stimulating greater prosperity for everyone that lives, works and visits the north west.