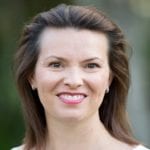 Rachael qualified at Baker & McKenzie in Australia and worked in private practice until joining Mobil Oil’s Australian in house team in 1998.

She worked on downstream petroleum issues until moving to the UK in 2000. Rachael then worked in roles in telecommunications for BT and O2 until joining Airwave in 2008, a private telecommunications network used by Government emergency services.  At Airwave, Rachael acted as General Counsel and Company Secretary and was a member of the Exco reporting to the chief executive officer.

Rachael is married with two young daughters and lives in Warwick.

About Business in the Community’s Wellbeing Leadership Team

The purpose of BITC’s Wellbeing Leadership Team is to build a movement that is committed to positioning health and wellbeing as strategic boardroom issues with a particular focus on mental health; driving collective action through evidence-based, practical solutions.

Find out more about BITC’s work on wellbeing.