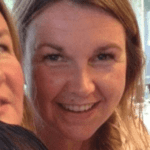 Rachel Bowering is the editor of BBC Midlands Today, the West Midlands online team and the Sunday show Politics Midlands.

She’s an adopted Brummie, married with two children. She’d describe herself as a storyteller who is curious about life and enjoys the privilege of telling other people’s stories.

Rachel has worked on some of the BBC’s biggest brands, from Children in Need, Crimewatch and Sports Personality of the Year. One of her most memorable assignments was a series called A life of Grime – an observational documentary series following the work of environmental health officers. Following and filming pest control officers, in the mortuary and out tackling filthy restaurants made for a fascinating 12 months.

Outside of work you’ll find Rachel on her bike taking in some of the beautiful scenes in the West Midlands.

Working with Business in the Community’s West Midlands Leadership Board gives Rachel a chance to meet new people and understand some of the fascinating work going on in the city and beyond. She’s naturally nosey and this is a chance to learn and develop by watching other leaders in action.