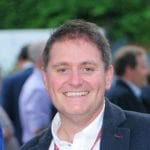 Having joined the Eden Project in September 2002, Dan James manages Eden’s funding activity across a number of sectors including public funds, trusts and foundations. He is responsible for raising significant funds to pay for capital improvements on site and revenue funds for programmes and projects. His Development Director role covers all stages of project development and implementation, including relationship building and project design. Dan also plays a leading role in the establishment and maintenance of key regional and national stakeholder relationships.

Dan is also responsible for the early stage development and delivery of a number of projects including the 5G Create project Eden Universe, the social prescribing programme – Nature’s Way, Deep Roots New Shoots – a nature-based project for under 5’s and their families, and the National Wildflower Centre.  Dan also leads on Eden’s plans to create an Eden Project in Derry, Londonderry, known as Eden Project Foyle.

By joining Business in the Community’s (BITC) South West Leadership Board, Dan is looking forward to working with a group of dedicated and talented individuals who are passionate about the South West and believe that business will play a vital role in building thriving communities by creating jobs and improving skills.