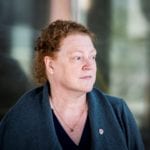 Professor Dame Sue Black is Pro-Vice Chancellor for engagement at Lancaster University. She is a world-renowned anatomist and forensic anthropologist who was awarded an following her leadership of war crimes investigations in Kosovo in 2001 and a DBE in 2016 for her services to science and education.

She is the lifetime Professor of Anatomy for the Royal Scottish Academy and a recipient of the Fletcher of Saltoun award for her contribution to Scottish culture, the Jephcott gold medal for scientific advancement, the Lucy Mair medal for humanitarian assistance and the Anatomical Society gold medal for her distinguished contribution to the subject of anatomy. She also holds two highest police commendations for her forensic casework.

She has a very strong media and public engagement profile holding six awards in this area including an Outstanding Woman of Scotland award and the RSE (Royal Society of Edinburgh) Inspirational Award. She is passionate about the importance of ‘place’ and leads on the Eden Project North innovation for Lancaster and Morecambe.