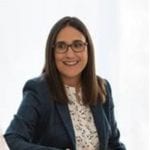 Yorkshire and Humber Leadership Board

Professional accreditation includes being a member of the Law Society Clinical Negligence Panel, a Panel solicitor for the Charity Action against Medical Accidents and a Fellow of the Association of Personal Injury Lawyers. She has represented hundreds of clients in claims against hospitals for negligent treatment and is particularly known for claims involving birth injuries, spinal injuries and maternal injuries. She was also appointed as the Solicitor representing patients who alleged abuse by psychiatrists, Doctors Kerr and Haslam, and went on to run the group of civil claims that followed.

She is a past honorary legal secretary of the Leeds and West Riding Medico Legal Society. In 1997 she was appointed to the Board of the then National Canine Defence League which became Dogs Trust. An appointment she held for 17 years.

She has worked with the Leeds Playhouse on their access partnership who have pushed the boundaries of access to theatre and inclusive theatre casting. Following the redevelopment of the theatre in 2019, the theatre is now fully accessible and went on to be recognised at the Stage awards.

She believes in the need for business to support the voluntary sector and be actively promoting corporate social responsibility (CSR) which is why she is very excited about the invitation to join Business in the Community’s (BITC) Yorkshire and Humber Leadership Board.