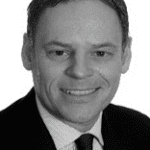 Stephen Hogg was born in the north east of England but has lived in Manchester for the past 25 years and is a proud Northerner.

Married with three children under the age of 15, he enjoys skiing and snowboarding in the winter, occasional golf and triathlons in the summer but now mainly watches his children’s sporting activities rather than undertaking his own.

Stephen is head of JLL’s North West Commercial office alongside being the Head of JLL’s Residential business outside of London. The 150-strong office is JLL’s second largest in the UK and one of the region’s largest property consultancy’s covering all aspects of property.

Primarily, Stephen is a Chartered Surveyor with over 20 years of experience in the property industry, with a key focus on Manchester and the North West. Over the past five years Stephen has invested a significant amount of time travelling to China, Hong Kong and South East Asia promoting Manchester residential investment opportunities.

Stephen has been involved in the majority of Manchester and Liverpool city centre residential developments in some form or another. Large developments include Century Buildings, The Edge, Great Northern Tower, One Park West, Mann Island and more recently MediaCityUK, St John’s and Deansgate Square.