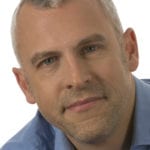 Paul Blakeley is the Head of Operations and Contracts at BBC North.

He has over 20 years of experience in the broadcasting industry in managerial, strategic, operational and creative roles. He has been the Managing Editor of BBC Radio 5 live, an executive producer at BBC Radio 4 and he was responsible for the launch of BBC Radio 4 Extra.

In his current role Paul manages the smooth and safe operation of the BBC’s three buildings at MediacityUK and BBC North’s major third-party contracts. Paul is also a qualified executive, career and leadership coach.

In his younger days he was a semi-professional footballer and a musician with a five-album deal with Polydor Records.