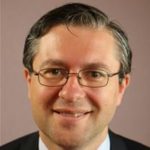 Simon Henig was Leader of Durham County Council between 2008 and 2021, guiding the council through its transition to unitary local government. He played a key role as the council reshaped many of its structures, including the creation of Area Action Partnerships (AAP) to promote local decision making across the county. In the last few years Durham’s AAPs have developed a national reputation for their use of participatory budgeting, with thousands of residents voting on how to spend amounts of up to half a million pounds locally.

Cllr Henig is deputy chair of the Local Government Association’s People and Places Board, a member of the Labour Party National Policy Forum and a principal lecturer at the University of Sunderland.