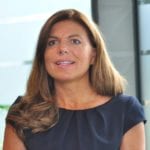 Emma Codd is Global Inclusion Leader for Deloitte and leads on the development and delivery of the global inclusion strategy, with a primary focus on gender and LGBT+ (Lesbian, Gay, Bisexual, Trans plus related communities) diversity and mental health.

From 2013 to 2019 Emma was Managing Partner for Talent for Deloitte LLP in the UK and sat on the firm’s executive committee, a role that she held alongside her client-facing role as a Partner in the financial advisory practice. During this period Emma led a period of significant change for the firm from a diversity and inclusion perspective. This included the firm’s award-winning approach to respect and inclusion – a culture-change programme that underpinned all of the firm’s actions on diversity. Alongside this focus on culture, Emma devised and implemented targeted interventions aimed at positively impacting from a gender, LGBT+, ethnicity and social mobility diversity perspective. This included early voluntary gender and ethnicity pay gap reporting. Emma also led the UK firm’s approach on mental health, overseeing a period during which stigma was reduced and an array of support for those with mental ill health was introduced.

Emma, who is also a strong advocate of gender pay gap reporting, was named the 2015 Woman of Achievement by Women in the City and featured in the 2017, 2018 and 2019 INvolve HERoes list, which celebrates the top 100 female leaders who support women in business. In October 2018 she was also named as one of the top 50 LGBT Ally Executives by OUTstanding. In April 2018 Emma came second in Accountancy Age’s list of most influential Women in Finance, and in June 2018 she was named Ambassador of the Year at the Women in Finance Awards.

In addition to sitting on the Business in the Community (BITC) Gender Equality Leadership Team, Emma is also a member of the LACA Lead the Change board, established by the UK Government to take forward work to increase the diversity and inclusion at the top of the UK’s leading organisations, and the UK Thriving at Work Council.

She lives in London with her husband and their twin daughters.