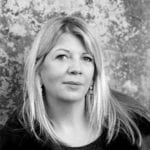 Morag Stuart began her career with BAE SYSTEMS (then British Aerospace) on the Graduate Purchasing Scheme. Following a very diverse and enjoyable start to her career working for RO Defence, Airbus and Head Office and spending three years in the US as Supply Chain Director on M777, a Lightweight howitzer for the US Marine Corps, she left to join the Olympic Delivery Authority as Head of Procurement.

Morag spent three years running the procurement for all venues and infrastructure for the London 2012 Olympic and Paralympic games. Following this fantastic project Morag set up her own consultancy and has worked for Ministry of Justice, Thames Tideway Tunnel, Wates Construction, Mace and CH2M Hill.

Morag was finally tempted back into permanent employment as Director of Commercial Improvement at Defence Equipment & Support, part of the Ministry of Defence and following a secondment to MOD Head Office as Director of Acquisition and Approvals Transformation and then Transformation Director, she has returned to DE&S as interim Director General Commercial. Morag is MOD Gender Co-Champion. She also sits on a Procurement Advisory Committee panel for HS2 Ltd.