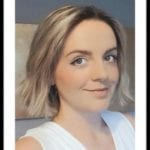 Sarah Wiseman is Head of Exports Policy at the UK Ministry of Defence, overseeing a portfolio worth over £100 billion over the next 10 years. She has previously held a wide range of policy roles in defence, covering policy areas such as Europe, EU, NATO and Capability Strategy. She has also a broad range of experience across wider National Security, including in the Home Office, Cabinet Office and spent two years seconded to the US Department of Defence.

Sarah is one of the Ministry of Defence’s co-Gender Champions and is passionate about gender equality in delivering national security. She is a strong advocate for breaking down stereotypes in national security, as well as pressing for better help for men’s mental health and removing barriers, formal or otherwise, for women’s progression across defence in particular. Sarah enjoys travelling, culture, food (mostly eating it!) and practicing languages (especially French, Japanese and Mandarin), as well as walking her Cavalier King Charles Spaniel, Samson, in her spare time.