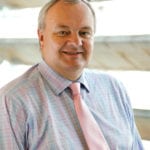 Richard has spent the past 40 years working for a range of companies on all aspects of the corporate social responsibility (CSR) agenda.

The early part of his career was spent in banking before becoming involved in CSR after the inner city riots of the early 1980s. After this involvement he held responsible-business-related positions at HSBC, TSB, British Aerospace and ran his own CSR consultancy for five years.

In 2003 he joined Boots and became responsible for all the company’s CSR activities. Following the merger between Boots and Alliance UniChem and the subsequent private equity buy-out he was appointed Director of CSR.

The year 2014 saw the creation of Walgreens Boots Alliance following the merger between Walgreens in the USA and Alliance Boots. He has been responsible for this agenda since then.

Richard sits on the Environment Leadership Team and the Circular Economy Taskforce at Business in the Community (BITC).

The purpose of BITC’s Climate Action Leadership Team is to help business drive innovation that turns the threats of the climate emergency into opportunity for people and nature.