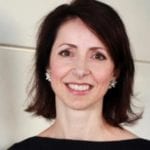 Previously, Helena joined Newton Investment Management in 1994 as a fixed income fund manager and was appointed Chief Executive Officer in 2001. Newton manages over £50bn for pension funds, charities and through funds available to individuals.

In 2010, Helena founded the 30% Club, a cross-business initiative aimed at achieving 30% women on UK corporate boards.

Helena has been named one of Fortune Magazine’s World’s 50 Greatest Leaders. In 2013 and 2014 she was voted one of the 50 Most Influential People in Finance globally by Bloomberg Markets. She was appointed CBE in the 2012 New Year’s Honours list.

A Cambridge philosophy graduate, she began her career with Schroders in New York.