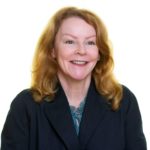 Business in the Community

Amanda Mackenzie is the Chief Executive of Business in the Community (BITC) – The Prince’s Responsible Business Network – which aims to create healthy communities with successful business at their heart.

Previously, Amanda was a member of Aviva’s Group Executive for over eight years as Chief Marketing Officer and joined Aviva to change its name from Norwich Union. Amanda has over 25 years of commercial experience, including director roles at British Airways Airmiles, BT and British Gas.

Amanda is a Life Fellow of the RSA and Fellow and former President of the Marketing Society. Prior to her current role Amanda, on loan from Aviva, helped launch the United Nation’s (UN) Global Goals (also known as the sustainable development goals or SDGs), as executive advisor to Project Everyone – a Richard Curtis co-founded campaign for the UN.