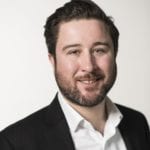 Ben Johnson advises the Mayor of London on matters relating to business, economic development, and technology. As well as providing support in the development of Mayoral strategies and policy, he works extensively with business organisations across London to support stronger partnerships between the private and public sector. He chairs the Greater London Authority’s (GLA) steering group on economic fairness, and works with the Mayor, Deputy Mayors and senior GLA officials to support and promote the positive impacts that business can have within the wider community. He hopes through the Business in the Community (BITC) London Leadership Board to play a useful role in joining up the work of BITC and London government in this area. He is also a member of the Advisory Council of the Living Wage Foundation.

Before joining the Mayor’s team at City Hall, Ben worked on Sadiq Khan’s campaign to become Mayor of London, and prior to that as Head of Policy Development at The Labour Party. He has previously served as a local councillor in the London Borough of Wandsworth.