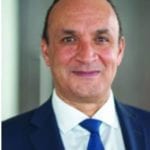 Nick initially joined BITC in November 2017 as a consultant, providing advice and support on how best to structure and execute the BITC strategy. In July 2018, he moved to the Membership team where he was appointed Membership Director and asked to be part of BITC’s Executive management team. He leads the team in ensuring that our members engage with BITC in a way that supports their responsible business needs, priorities and vision, working with them to deliver maximum societal impact.

Nick has over 30 years relationship management, sales, consultancy and advisory experience gained working for several leading International banks, including a number of executive management positions. Clients have included many of the world’s largest multinational corporates headquartered around the world. He has always worked closely with BITC; sitting on the London Leadership Board, as well as being appointed Prince’s Ambassador in 2012.

In his spare time Nick enjoys travel, following his local football team Crystal Palace and spending as much time as possible with his family.