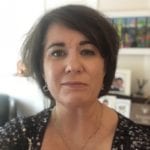 Roisin was brought up and educated in Glasgow, where she stayed to read business law and business administration at Strathclyde University, gaining a 2:1. After leaving university she joined Asda and embarked on its graduate training programme. Her first three years gave her a thorough grounding in operational retail roles and she then moved into various human resources roles in Scotland, before moving to the south west of England, where she took on the role of Divisional People Manager, looking after 70 stores.

In 2002, Roisin relocated to Leeds and took on the role of Head of Reward at Asda Head Office. After three years in this role, she moved on to become Retail People Director and two years later to become Distribution People Director.

Roisin joined Greggs, the UK’s largest bakery chain in the United Kingdom as Group People Director in January 2010. Roisin is responsible for all of the traditional HR areas of expertise and the foundation team – Greggs Charity team.  She is also a trustee on the foundation board.

Roisin sits on the leadership forum of the employers’ forum for reducing re-offending and with her team is very active in the training and employment of people who have been through or are still within the prison/probation system.