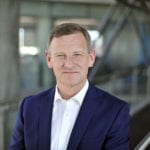 Business in the Community Community Leadership Board, Co-chair

Steve has extensive experience across all parts of the business in a Marks and Spencer career that has spanned more than 25 years.

He joined M&S in 1989 where he progressed in roles within store management. He joined Head Office in 1992 as a Merchandiser for Menswear, working across all areas of the group. In 1998 he became Category Manager in the furniture department, leading the team developing the home growth strategy. Steve was appointed Head of Home categories in 2003, going on to become Director of Home in 2004. Between 2004 and 2008 Steve also assumed responsibility for Beauty and New Business Development.

In January 2016 it was announced that Steve was being promoted to Chief Executive Officer, and he assumed his role in April 2016.