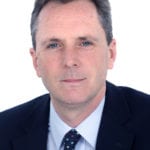 Peter is a member of Prince of Wales Corporate Leaders Group, run by the University of Cambridge Institute for Sustainability Leadership. This influences at a national, EU and global level to reduce carbon emissions, and to champion resource efficiency in water, energy and other natural resources.

Peter also works with Business in the Community (BITC) as Chair of the Water Taskforce as well as being part of the BITC Circular Economy Taskforce and the Place Taskforce. He is also on the Board of Trustees of WaterAid.

About BITC’s leadership teams and taskforces

BITC’s Water Taskforce is a cross-sectoral group that convenes to collaborate around shared problems on water and the natural environment. They use action research to address challenging environmental issues that impact across sectors and in partnership with government.

The group has identified that cross cutting themes such as innovative financing mechanisms, digital and skills are integral to overcoming environmental challenges that will achieve positive social change.

The taskforce supports BITC’s Environment Leadership Team, who are helping business drive innovation that turns the threats of the climate emergency into opportunity for people and nature.