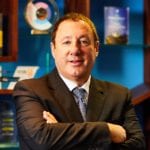 Yourkshire and Humber Advisory Board

Yorkshireman Martin Port is an entrepreneur, philanthropist, and business advisor.

Martin founded the telematics firm Masternaut in 2002. After selling this firm in a multimillion-pound deal, in 2011 he started BigChange, whose JobWatch system and 150 people help companies reduce their carbon footprints, comply with health and safety legislation, and, ultimately, save lives by improving how they plan, manage, schedule and track their mobile workforce.

Based in Leeds, BigChange boasts more than 40,000 users and 1,200 customers worldwide. Sales grew 65 per cent in 2018, taking turnover to £11m, and securing the company a place in the Sunday Times Tech Track and the Deloitte Fast 50.

He has joined the Yorkshire and Humber Advisory Board of Business in the Community (BITC) because he believes in the organisation’s mission and is passionate about the role that businesses can play in building healthy communities. Many of BigChange’s customers are members of BITC. 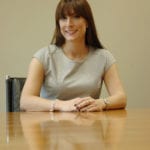 Holly has held directorships with the Low Carbon Vehicle Partnership, Autogas Ltd, UK LPG and the Rural England CIC, and, in 2017, was named a World LPG Association Women in LPG Role Model. 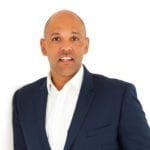 Lee Mellor is a UK-based, pan-European business leader with a wealth of experience across the business-to-consumer and business-to-business product markets, with a proven track record of business transformation, a successful history creating growth, driven by values and purpose. He is a strategist with a deep commitment to building, leading and supporting high-performance teams.

He joined Interface in July 2018 as Vice President & General Manager UK, Ireland, Nordic & MEA. Interface is a global flooring company specialising in carbon-neutral carpet tile and resilient flooring. His role at Interface is to strategically deliver and manage the region’s sales and business strategy and build effective and engaged teams across the regions.

He joined Interface from the Keter Group, where he was Managing Director of Europe. Before that, he worked for Newell Rubbermaid as senior General Manager and Vice President with a multi-region, multi-channel responsibility.

Lee has extensive experience encompassing commercial, operations and corporate planning across EMEA (Europe, the Middle East, and Africa) regions. He has significant experience in implementing change programs with an ability to function effectively at both a strategic and tactical level. 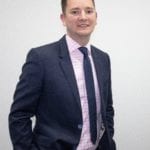 Dan Hickman works for Jacobs in Birmingham as a City Growth Director, leading the development and implementation of a growth strategy for the city. Jacobs is a global solutions provider in the professional services industry and its approach is to mobilise a “toughest challenges” dialogue with clients to create solutions to deliver a more connected, sustainable world.

Dan has worked in a variety of sectors, spanning the regulated water and energy markets, environmental and flood-risk management sector, transport, local authorities, and government agencies. He is skilled in commercial and contract management, business development, strategic business plans, performance and resource management of multi-discipline teams.

As part of his role, Dan leads on the science, technology, engineering, and mathematics (STEM) and corporate social responsibility agenda for Jacobs in the Birmingham region and is passionate about creating an inclusive environment for all in and outside of the workplace. His focus is on building new relationships and bringing the best practice from the public and private sectors together to address the skills gap.

With the West Midlands Advisory Board, Dan is looking to expand his involvement with the community, academia, and charities such as Women into Construction and Birmingham Children’s Trust, which he works with to make an impact on his local area. 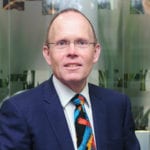 He has spent more than 40 years within the insurance and reinsurance sector. An actuary by qualification, he has worked in risk for more than a decade and has been actively involved in shaping this part of the industry as it develops.

He has previously worked as Chief Risk Officer at LV= and the UK Life arm of Aviva. Roger heads the team managing the second line risk and compliance activity for the society and, additionally, is responsible for company secretariat, legal and procurement. He is a member of the executive team that leads the Wesleyan Group.

Roger is the Executive Sponsor for Inclusion and Diversity at Wesleyan and the Chair of the Inclusive Leadership Forum for West Midlands Combined Authority. He is a regular speaker at risk conferences, as well as a participant on intracompany projects to further the knowledge and awareness of risk-related matters. 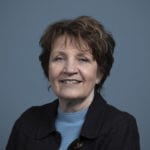 Kim is the Associate Director for the Fulfilling Work Priority Goal at the Centre for Ageing Better.

She has 40 years of experience working on the skills and employment agenda. Her primary interest is community engagement and social justice. In particular, she has worked with local partnerships to develop solutions tackling long-term worklessness and entrenched biases.

She was a founding Director of the Prince’s Trust Volunteers Programme covering the north of England, Scotland and Northern Ireland. In 2005 she was appointed the Head of Strategy at Jobcentre Plus and moved on from that post to east London, where she worked with the Olympic host borough, leading its devolved employment, skills and schools’ programmes, through the construction and hosting phases of the games.

In 2012 she joined the Mayor’s Fund for London in 2012 as the Director of Charitable Activities, ensuring it had both reach and relevant in all 33 boroughs.

She is a trustee of the Dementia Adventure charity, a steering group member of the Battersea Academy for Skills and Employment and a governor of Abercrombie Primary School in Chesterfield.

About Business in the Community’s Age Leadership Team

The purpose of BITC’s Age Leadership Team is to help and challenge employers to retain, retrain and recruit older workers and to create multi-generational teams where people of all ages can flourish.

Find out more about BITC’s work on age. 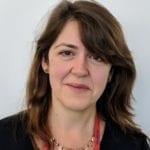 East of England Advisory Board

Julia Pyke is the Nuclear Development Director for EDF Energy, and is working with government to identify an innovative way for Sizewell C to be funded at best value to electricity consumers, and with potential investors and lenders to raise the investment required.

Julia joined EDF Energy in 2017, focusing on Sizewell C. Prior to her move to EDF, Julia was Head of Power and Renewables for UK, US & Europe at Herbert Smith Freehills LLP.  From HSF she led a cross-practice team advising on Hinkley Point C from 2006 until the final investment decision in 2016, together with wind, biomass and tidal projects.

Julia is a fellow of the Energy Institute, and member of the CBI Energy and Climate Change Board.

Julia has joined the Business in the Community East of England Advisory Board to promote joined-up thinking about infrastructure and to learn about the issues of most importance to the community. 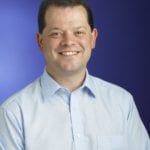 Will Smith has spent much of the past 25 years working for KPMG across the south of England.

He has been an audit partner for more than six years and spends most of his time supporting management teams as they deliver their goals.

Will is Vice Chair and governor of Highcliffe Academy and was previously a governor at a college. He is also Treasurer to the parents committee of the local Air Training Corps Squadron.

KPMG South Coast has worked with Business in the Community for many years as part of its wider involvement in supporting the community.

Jason Woodford started the company now called SiteVisibility when he bought Academy Internet from the liquidator in 2002. The company was already one of the leading Internet marketing training consultancies, but after deciding to specialise in search engine marketing they took it to a point where it was ranked as one of the 50 fastest growing companies in the UK in 2007, 2008 and 2009 by the Deloitte Technology Fast 50 index.

Following angel investment, in February 2008 Jason acquired a small but respected SEO agency called SiteVisibility with which they merged their SEO and PPC operations while selling their e-learning business to Redtray.

Jason is passionate about working with ambitious entrepreneurs and businesses to achieve their goals online. Seeing employees grow also brings great personal satisfaction, as when, for example, ex-trainees have developed into professional consultants at the top of their game.

SiteVisibility won the Business in the Community Small Company of the Year award in 2007.

The company is a founder member of Wired Sussex, which supports and strengthen the local digital business community on the worldwide stage. 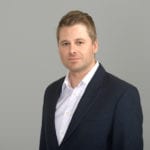 Tom Mullan has been Chief Finance Officer at Gresham Tech since March 2018, a high-growth LSE listed financial software and services company that that specialises in providing real-time solutions for data integrity and control, banking integration, payments and cash management.

Tom is passionate about growing businesses that have a positive impact on their communities. Largely based upon his own experience and challenges faced, he has a particular interest in finding opportunities for businesses that operate on a global level, that are not thought of as small but only have a limited number of people in any single location, to have a meaningful impact on their communities.

Tom grew up and started his working life in Southampton before transferring to London. He is a proud advocate of apprenticeship style schemes having joined EY without a degree at 18. He now lives in Wandsworth Town with his wife.