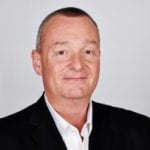 After graduating from Huddersfield University with a BA Honours degree, James took up his first role in industry working for Trafalgar House in their Cunard Hotel and Cruise Ships division, comprising both the Ritz Hotel and QE2. He joined Vardon plc in 1993 as Head of Procurement including working with their attractions division, then consisting of just a few Sea Life and Dungeon attractions in UK/Germany, and which in 1999 was to become Merlin Entertainments following an MBO.

As part of the Vardon Attractions team James became General Manager of Sea Life Weston-Super-Mare in 1995, moving later that same year to Weymouth, where he managed not only the attraction but also the wider south coast region.

From there James progressed to role of Head of Commercial Services and Business support before returning to his first love Sea Life, as Divisional Director in 2005. A promotion saw him take up the broader responsibility of Divisional Director for all of Merlin’s ‘Midway’ Attractions in mainland Europe – Sea Life, Dungeons, Madame Tussauds and Legoland Discovery Centres. In 2011 James became the Divisional Director responsible for opening Merlin’s new Midway attractions around the globe, a role he undertook until late 2015.

James heads Merlin’s Conservation, Welfare and Engagement division and leads on all the work and activity that underlines Sea Life’s strong ethical stance, and the campaigning and conservation activities which are at the heart of everything it does. He is also a board member of the Sea Life Trust.

About Business in the Community’s Environment Leadership Team

The purpose of Business in the Community’s Environment Leadership Team is to help business drive innovation that turns the threats of the climate emergency into opportunity for people and nature.